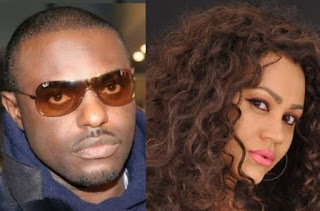 The Social Media is buzzing with an excitement as Jim Iyke breaking up with The Pretty Ghanaian Actress, Nadia Buhari, is coming to limelight.
It seems like this time, the actual reason will be revealed.

Yesterday, The Actress's Mum rained curses on the Nigerian Actor for breaking the heart of her daughter which led to a fan reacting that Jim Iyke was possessed to dump such a pretty lady.
The Fan even went extra mile to profess his love for the Actress by rejecting his Relatives, born or unborn, living or dead.
And Nadia Buhari, couldn't hold on to herself but to slam him..

We don't know for a certainty whether Jim was possessed or not but according to What He told Punch, He said;
"Things didn’t get messy as people thought. Two people met in the entertainment industry and there was a reality show at a time that kept us together."

We're hoping to hear more from this Online drama.. 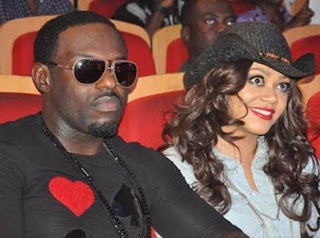