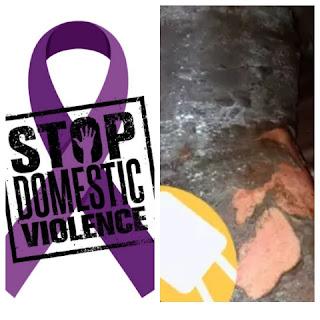 Just recently, We posted about a tragic incident that occurred in Sapele, Delta State, Which a carpenter was electrocuted while roofing a building which claimed the life of that skilled man. READ HERE

Today, Still in Delta State, A wife mixed pepper with hot water and poured on her husband's body which left the helpless man with many burns.

Domestic violence (also named domestic abuse or family violence) is violence or other abuse by one person against another in a domestic setting, such as in marriage or cohabitation.

Domestic violence can be physical or psychological, and it can affect anyone of any age, gender, race, or sexual partner. 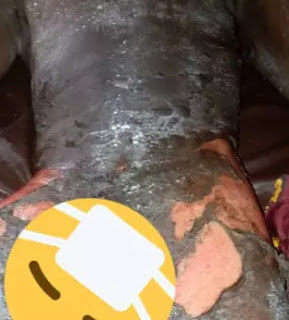 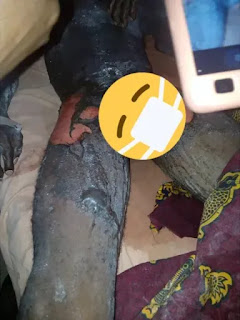 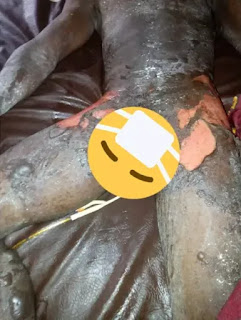 The Neighbours rushed him to the nearby local hospital and reports showed that the Woman abandoned their 3 month old baby with the man and escaped.

WHAT DO YOU THINK ABOUT THIS??

READ ALSO; "Women's Hair Are Being Use For Rituals Now" — Man Reveals
Posted by Wiszey Finest
Share to: