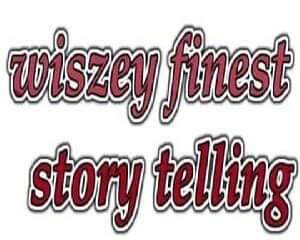 *WISZEY AND BLESZY*
"EPISODE THREE (3)"
Having saved the poor girl from the hands of those two, she kept on following me. I told her not to follow me but she wouldn't.
"I want to know ur house!" she begged.
"I don't want you to!" I said, aggressively.
She insisted.
Such a stubborn girl.
I stood there for a while-puzzled.
I really don't want mum to ever think I have started keeping girl friends.
I told her to wait where my sack was while I go get something. That was how I escaped from her. I hid myself from her in an uncompleted building. I watched her for almost an hour until she got tired of waiting & left. Before she walked away,
I noticed she left something under my sack.
I checked and found a note. She also left some money beside the note.
In the note was written her name, her mobile number and house address.
I took the note, took my sack but ignored the money.
After walking a while, I returned and picked the money.
I couldn't deceive myself. I needed the money so badly.
... But I didn't like to be paid for being kind.
I really badly needed it.
Actually, I don't go to school.
But I do attend evening lessons. I was owing a month lesson fee.
I counted the money she left; it was just exactly the amount I do pay as my lesson fee.
"What kind of girl have I stumbled onto?" I asked myself.
Her name is Bleszy.
Bleszy Henry.
We had the same sur-name.
My full name is Wiszey Henry.
While I was still smiling to myself,
my mum walked up to me. She gave me a cool slap.
"I have been searching for you all morning; I almost got a heart attack!" she yelled.
I was dumbfounded, not that I lacked words to say but I didn't want to tell her about the incident earlier on.
She felt my face, then my neck...
"Were u involved in a fight?
Why the scars all over your face?
And the blood around your neck!" she said softly.
OMG...She already found out I was involved in a fight.
Just imagine;
I didn't even notice that guy I fought with injured me.
Gosh!!!
WATCH OUT FOR EPISODE FOUR (4) @ 6p.m
STORY TIME: WISZEY AND BLESZY EPISODE 1
STORY TIME : WISZEY AND BLESZY EPISODE 2
STORY TIME : WISZEY AND BLESZY EPISODE 4
Posted by Wiszey Finest
Share to: