Early hours of today, 04/03/2019, An Unknown Man was caught by mob in badagry, Lagos  who noticed blood dropping from the sack that he was holding.
(WICKEDNESS) See How Fulani Herdsmen Used Matchets And Destroyed The Back Of A Young Boy - SEE GRAPHIC PHOTOS 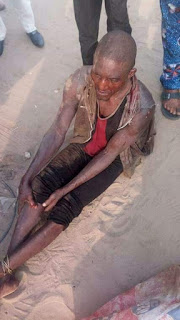 The Mob called his attention when They noticed this. He was interrogated about what was in the bag he was holding but He gave lame excuses and He was forced to open the bag and BEHOLD! Humans body slaughtered into pieces were found. 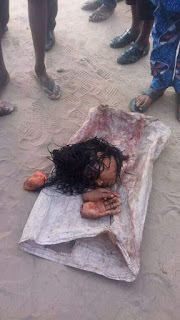 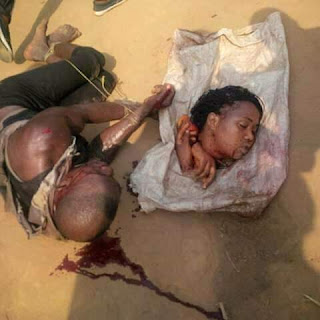 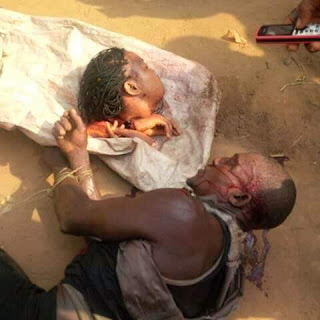 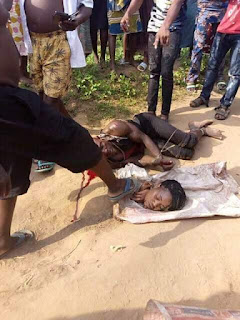 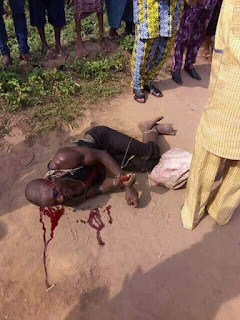 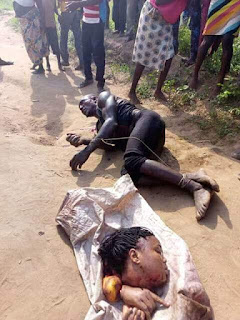 What was found was very terrifying.
He was snapped carrying the Human heads, hands and legs. The man was a Ritualist. 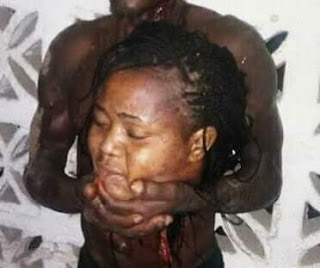 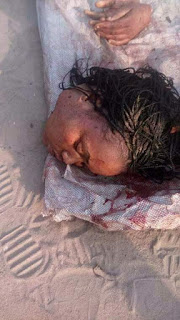 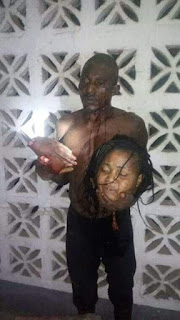 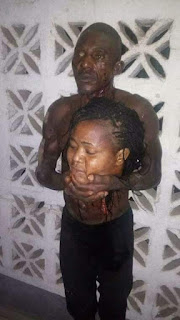 The confessed that He is a ritualist and that the deceased lady fell victim to his prey.
He narrated how they will cast a spell on their victim and took them to their hideout to slaughter them into pieces. He took the Mob to the place which they sailed through a small stream. 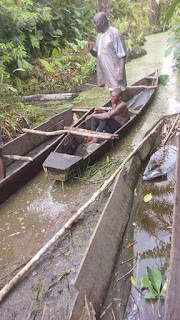 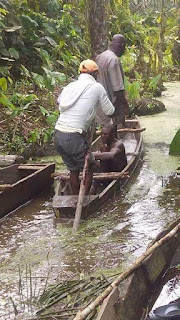 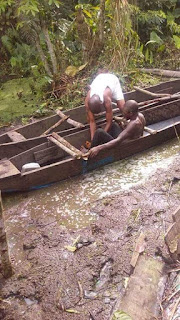 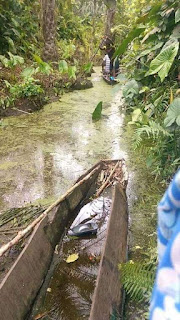 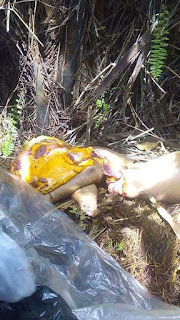 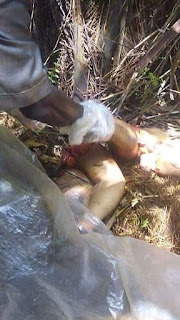 When They finally arrived at their hideout, another horrific part was encountered. See how human body was being slaughtered as animal.
We believe it's the remains of the deceased lady. 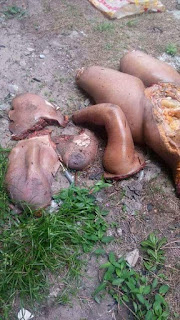 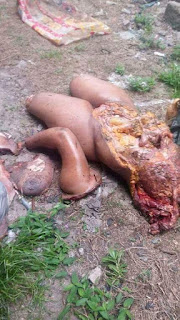 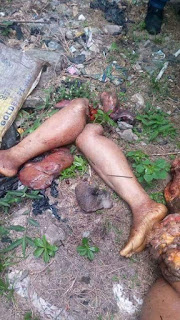 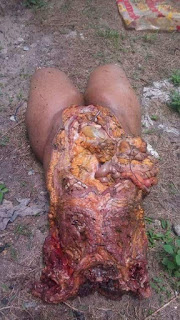 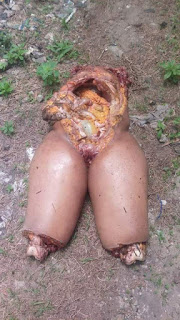 All these photos were posted by a facebook user who posted
"This happen @ Ikoga_zebbe Com.. Badagry
Just hav to drop this 4 yhu guyz to see more of this;-
Dnt Jst know y Some pple go dey put der lyf 4 Risk___
The Blood money dat u will do and Bill gate will still be richer than yhu,
Is that one blood money? Or wat?
God have mercy, It yhur protection we all askinq for."

READ ALSO: A Female makeup artist shares her encounter with yahoo boy in a hotel {See Screenshots}
PLEASE SHARE THIS FOR THE SAFETY OF EVERYBODY ~ WISZEYBLOG
Posted by Wiszey Finest
Share to: